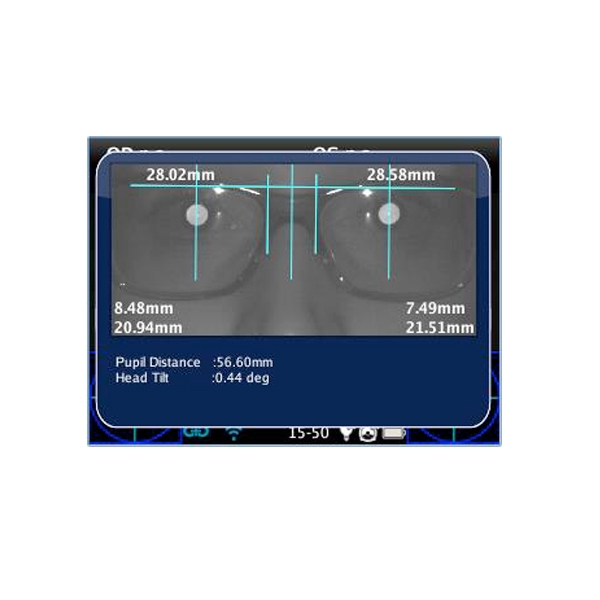 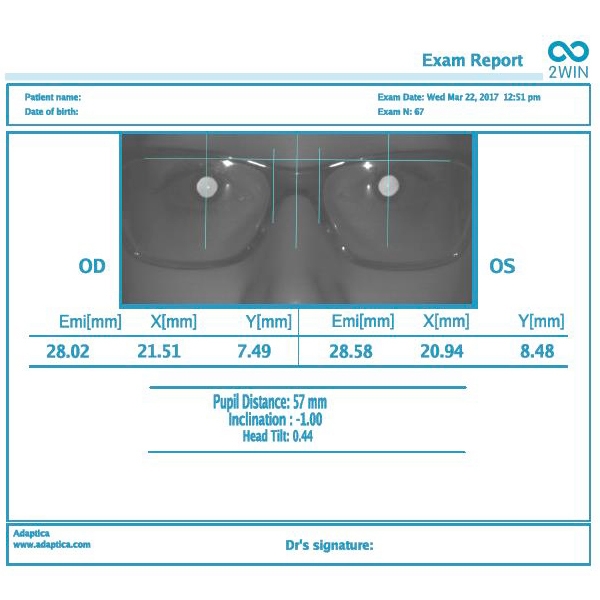 The Lens Centering on Frame Application (LC-App) allows to accurately center spectacle lenses with reference to the actual visual axis of the eye (cornel reflex) for better vision comfort.
This system allows to position and tilt the ases in order to do the measuring. 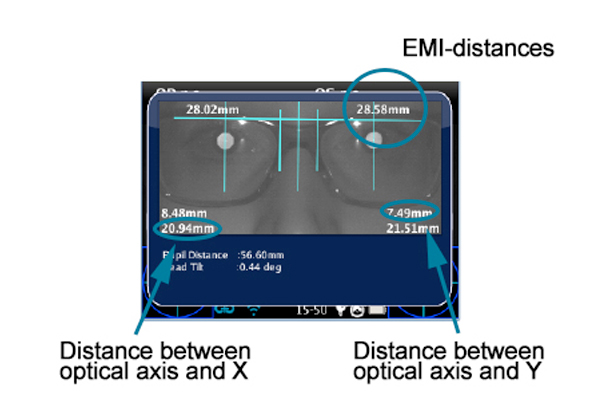 Measurement with the Lens Centering on Frames Application (LC-App) activated 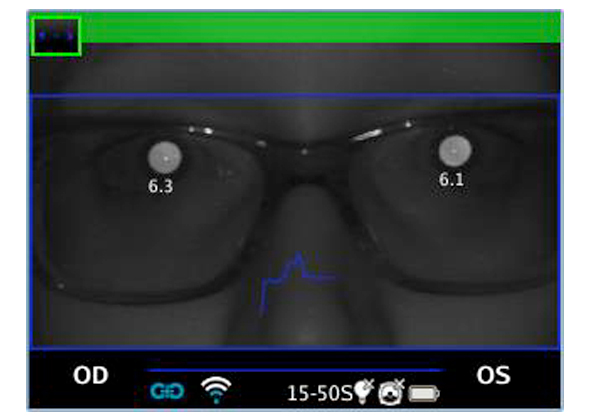 When the App is activated, the operator have to make the measurement as in 2WIN standard way following the “green” condition. 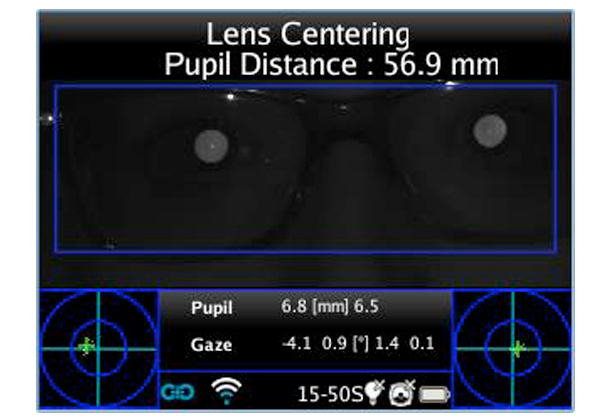 After the measurement is done, the main PD information is displayed at the top of the application’s main display. 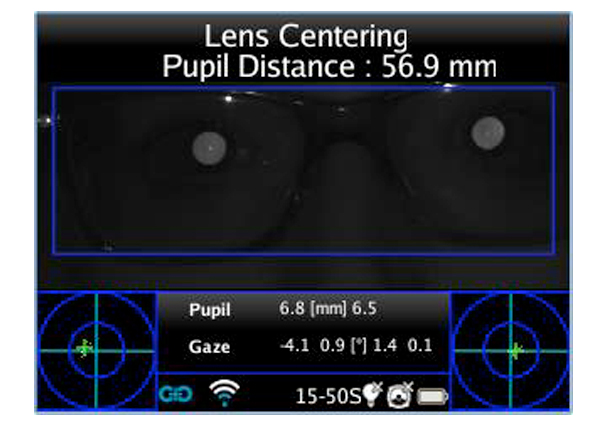 Overview of the Lens Centering on Frames Application (LC-App)
The main screen of the Application shows the measure image and it positions the measure axes in a default place, that is: the horizontal axis aligned between the two pupils keeping their base tilt, whereas the two studs are positioned equidistant from the center. Lens Centering system allows to position and tilt the axes in order to do the measuring. If the Pupil Distance is not valid, the LC APP shows a warning message because has no referring for high precision measure. Using the LC-App in browsing mode, will result low precision measure.

After locating the axes you can save their position (for a future review) by holding the Printing button after exiting from the LC-App. In this way it will create a report and the values will be saved on the measuring and next time you will find them in the same position as you set before. 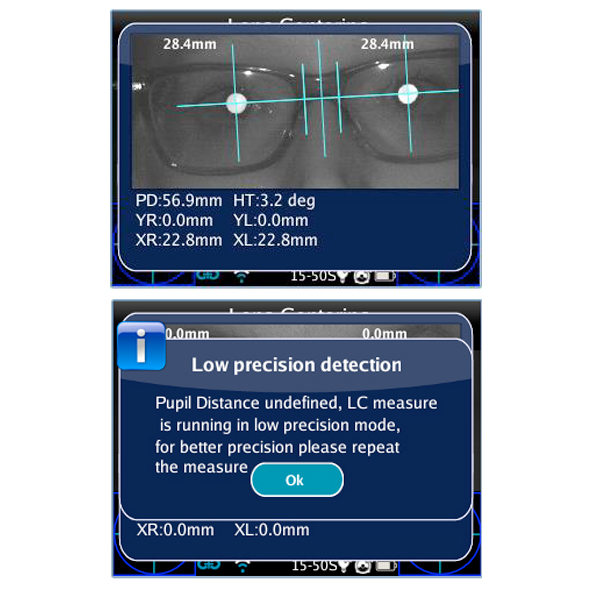 Creation of the PDF

There are no reviews yet.